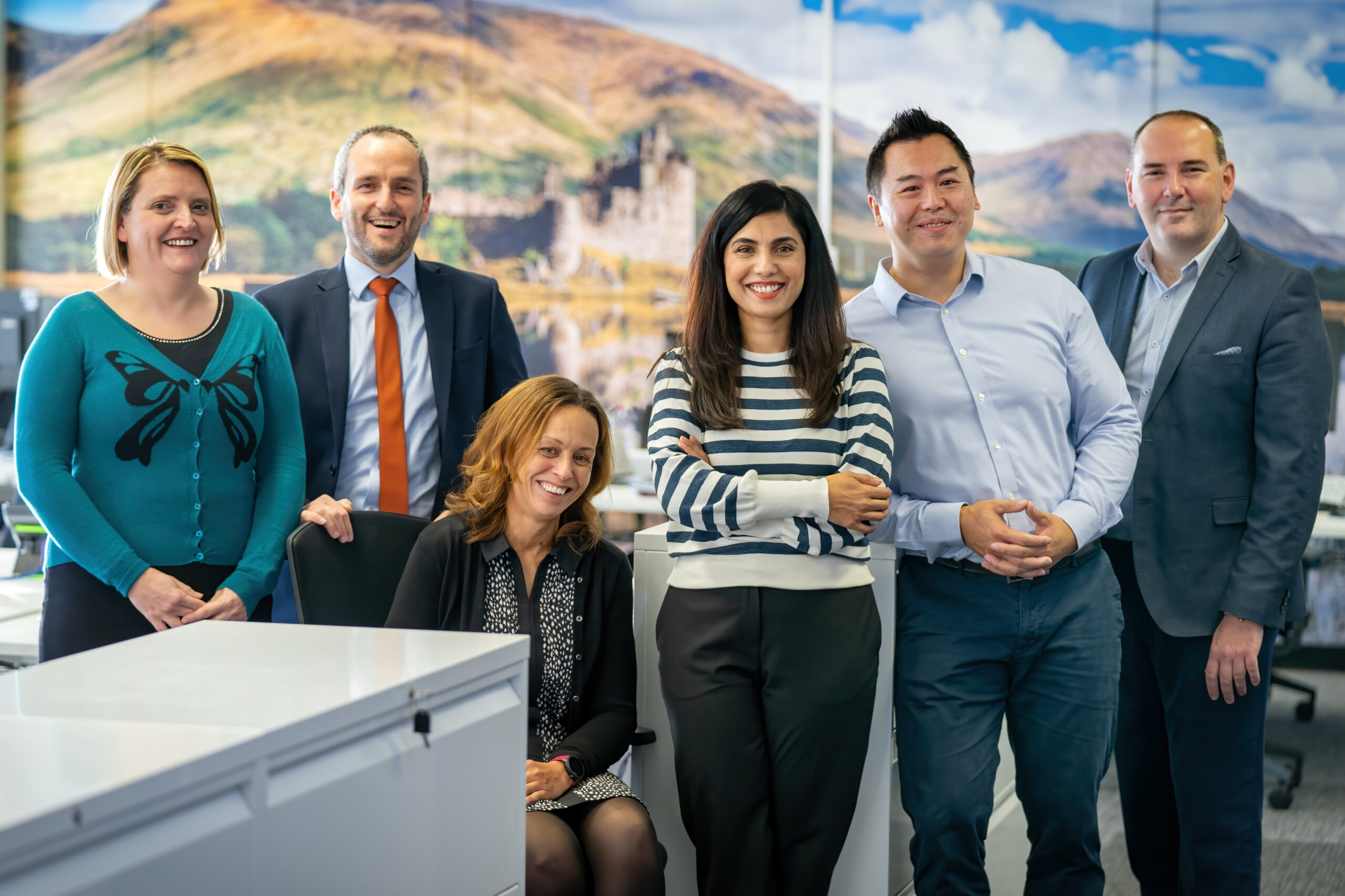 A new team to tackle a new area of law

Getting ready for the UK’s withdrawal from the EU was a huge challenge for organisations across the UK, including the Independent Monitoring Authority (IMA). For the IMA’s legal team, based in Wales, there was an extra challenge in tackling a new area of law - to build a legal team from scratch.

Getting ready for the UK’s withdrawal from the EU was a huge challenge for organisations across the UK, including the Independent Monitoring Authority (IMA). For the IMA’s legal team, which is based in Wales, there was an extra challenge alongside the uncertainty; that of tackling a new area of law – to build a legal team for the brand-new organisation.

From 1 January 2021, the IMA became responsible for monitoring the rights of EU and EEA citizens living and working in the UK.

General Counsel for the IMA, Rhys Davies, made recruitment the priority in his first week. His criteria was specific. He said:

“While it was important that we recruited people who had the right experience and skills, what was essential, was to find people who were keen and willing to take on a new challenge in the face of a number of uncertainties.”

A strong team of lawyers from diverse backgrounds was secured. Building the team from scratch meant that Rhys was able to shape how it would work, ensuring everyone could share their views and decide how to tackle things together.

This has helped meet the broad range of the team’s day-to-day work which includes advising operational colleagues about complaints from citizens about public bodies, monitoring new legislation relating to citizens’ rights and helping the new organisation embed its policies and processes.

The capacity to meet the unknown, central to the recruitment process, has been key. Lisa Salkeld, one of the team’s first lawyers onboard, describes her job’s biggest challenge:

“That it is new. There are no textbooks and any case-law is limited. You just need to go back to basic principles and look at the words on the page.”

Issues resulting from the European Settlement Scheme (EUSS), have brought some consistency of work, though with the same challenges as colleague Gareth Pembridge explains:

“Given that this is a relatively new legal subject area, it presents challenges for the team on a daily basis as we interpret and apply the terms of the Withdrawal Agreements alongside Home Office guidance.”

The EUSS scheme has led to the IMA’s first Judicial Review with the hearing before the High Court taking place in November. The case is against the Home Office’s position that citizens who fail to apply for Settled Status before the expiry of their Pre-Settled Status, automatically lose their rights.

It was an opportunity to get involved in cases such as this that appealed to a recent joiner to the team, Angharad Price, who says:

“The IMA aligned with my views as I wanted to work for an organisation that was promoting peoples’ rights. I knew I wanted to be involved in cases like the Judicial Review.”

Usually, the issues the IMA resolves are achieved through what’s known as Early Case Resolutions with recent cases including protecting citizens’ rights around healthcare, local housing and access to childcare.

It’s this work that makes the team proud of what they do, adds Lisa:

“We have an opportunity to be involved in resolving issues that are having a real impact on the lives of EU and EEA citizens”.

Now nearly two years since Brexit there is still uncertainty ahead; it’s what appealed to the team’s most recent recruit, Bushra Tabassum:

“I felt it was an exciting time to join the IMA as most of the legal issues are still developing in nature, the true nature and scope of the Withdrawal Agreement and how it will be fully implemented remains to be seen”.

For others who may be starting a new team from scratch without a clear trajectory, Rhys advice goes back to planning for the unplannable. He says:

“Accept that many initial assumptions will be incorrect. Plan for constant review and challenge of new practices as new information and data come to light.”

For more information on the IMA and its work, click here.