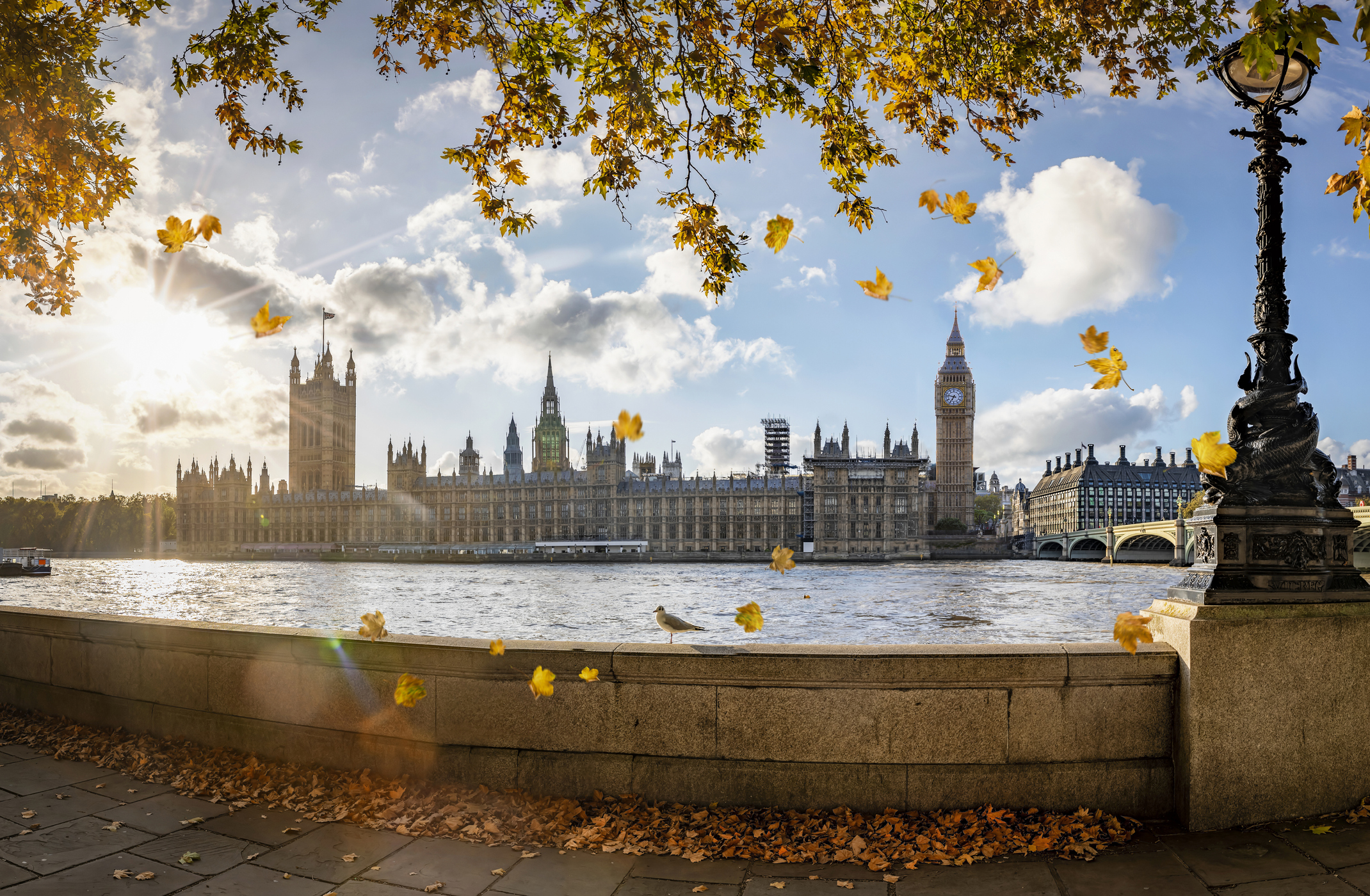 Brewin Dolphin shares key announcements from the autumn budget 2021 & what they might mean for investors & the economy.

Chancellor Rishi Sunak has delivered his autumn budget, in which he announced a series of measures that aim to strike a balance between ‘preparing for a new economy post-Covid’ and ensuring household wallets are not unduly squeezed by rising prices.

Brewin Dolphin summarises the key announcements from the autumn budget 2021 and how it might impact lawyers and their clients as investors, and the wider economy,

The budget came against a backdrop of unprecedented government borrowing, supply chain disruption, rising energy prices, and surging inflation that is forecast to reach 4.4%1 next year. Yet with economic growth forecasts more optimistic than six months ago, Sunak moved away from the March budget’s focus on protecting people’s jobs and livelihoods to one of investing in public services and infrastructure.

After already freezing tax thresholds and increasing national insurance and dividend tax rates, the chancellor spared investors and pensioners from further tax hikes. At the same time, he proposed new fiscal rules that would commit the government to balance the books and reduce national debt.

The lifting of lockdown restrictions over the summer provided a much-needed boost to activity, with the latest figures from the Office for Budget Responsibility (OBR) providing a somewhat rosier picture of the economy.

The OBR expects the economy to return to its pre-pandemic level by the turn of the year, six months earlier than previously thought, with gross domestic product (GDP) growing by 6.5% this year compared with the March forecast of around 4% growth. The OBR also revised down its estimate of long-term scarring to the economy from the pandemic to 2% from 3% previously. Meanwhile, unemployment is expected to peak at 5.25%, compared with the March forecast of 6.5%, suggesting the end of furlough will have a smaller impact than previously thought.

At the same time, higher tax receipts mean government borrowing in 2021/22 is expected to be £183bn, some £51bn lower than the previous forecast of £234bn.

However, with interest payments on borrowing revised up by £15bn, and the GDP growth forecast for 2022 lowered from 7.3% to 6%, the challenge of balancing the public finances is far from simple.

Sunak proposed new fiscal rules whereby net debt as a percentage of GDP should be falling, and the government should only borrow to fund investment, with everyday spending funded by taxation.

Investment in services & the economy

A key area of focus was the announcement of additional investment in public services and infrastructure. This will include an extra £5.9bn to help the NHS tackle the backlog of non-emergency procedures and modernise digital technology; £5.7bn to transform transport networks outside London; £4.7bn for schools; £1.8bn for new housing; a £1.4bn fund to attract overseas investment into the UK; and increased spending on sports and youth clubs, support for families and children, and crime prevention.

The Government will also increase its investment into research and development to £20bn by 2024/25 as part of its goal to “drive economic growth and create the jobs of the future”.

In an effort to help families who are struggling with rising prices, Sunak confirmed the national living wage would rise from £8.91 to £9.50 per hour for workers aged 23 and over from April 2022. This represents an increase of 6.6%, which is double the September inflation rate of 3.1%.

The chancellor froze the business rates multiplier for a further year, which he said would be equivalent to a tax cut worth £4.6bn over the next five years, with bills 3% lower than without the freeze. He also announced plans to temporarily halve business rates for the retail, hospitality and leisure sectors, overhaul alcohol duties and reduce taxes on draught beer and cider.

The chancellor previously announced in March that the personal tax allowance and higher-rate tax threshold would be frozen for five years from April 2021. The personal allowance, which is the amount you can earn each year before you start paying income tax, therefore remains at £12,570, while the higher-rate tax threshold remains at £50,270. By freezing these thresholds, more people could drift into higher and additional-rate income tax bands, and potentially see their personal allowance tapered once adjusted net income exceeds £100,000.

The national insurance (NI) threshold was also frozen at £9,568. However, as announced in September, the rate of NI for employees and the self-employed will increase by 1.25 percentage points from April 2022 to help fund health and social care costs. Working pensioners will pay 1.25% on their earned income for the first time from April 2023.

As announced in September, the rate of dividend tax will also rise by 1.25 percentage points from April 2022 to 8.75% for basic-rate taxpayers, 33.75% for higher-rate taxpayers, and 39.35% for additional-rate taxpayers. The annual dividend allowance – the amount of dividend income you do not have to pay tax on – will remain at £2,000. The changes are expected to raise around £600m for the Treasury.

Looking for ways to mitigate dividend tax, including investing through ISAs and pensions and taking a ‘total return’ approach to investments, could therefore become even more important when the tax hike comes into effect.

Fortunately, for savers and investors, there were no changes to ISA allowances. The main ISA limit for 2022/23 will remain at £20,000, meaning a couple could invest up to £40,000 a year into ISAs to benefit from tax-free income and growth. The limit for Junior ISAs remains at £9,000.

There was some speculation that the chancellor would scrap existing rates of capital gains tax (CGT) and align them more closely with income tax rates. This was recommended by the Office of Tax Simplification in November 2020 and, if implemented, would have resulted in higher-rate taxpayers paying CGT at 40% on profits or gains exceeding the annual CGT exemption.

Fortunately for investors, this did not come to fruition. CGT rates remain at 10% and 20%, or 18% and 28% on properties that are not a main home. The annual CGT exemption remains at £12,300 after being frozen in the March budget until 2026.

It was rumoured that the chancellor would look at overhauling pensions tax relief by, for example, moving to a flat rate of 25%. In the end, Sunak chose to leave current rates untouched, meaning higher-rate and additional-rate taxpayers can continue to benefit from tax relief of up to 40% and 45%, respectively. The pension annual allowance also remains at up to 100% of taxable earnings or £40,000, whichever is lower (this may be tapered for those with high incomes).

As more people drift into higher tax bands due to the personal allowance and higher-rate tax threshold being frozen, these tax reliefs could make pensions an even more valuable financial planning tool.

The chancellor announced in March that the pension lifetime allowance, which is the total amount you can save into your pension before incurring tax charges, would be frozen until 2026. The allowance will therefore remain at £1,073,100 in the 2022/23 tax year. Any money withdrawn as a lump sum above this level will incur a 55% tax charge, while money withdrawn as income will incur a 25% charge, with the remainder then subject to income tax at the individual’s marginal rate.

While the lifetime allowance might seem generous, pension contributions, tax relief and investment growth over several decades could mean those with seemingly modest pension portfolios could be at risk of exceeding the threshold.

It is therefore crucial that savers seek expert advice on the best course of action for their individual circumstances.

The inheritance tax (IHT) thresholds remain the same and will be frozen until April 2026. Everyone is entitled to pass on assets of up to £325,000 on their death, free from IHT. This may be boosted by the residence nil-rate band, for passing on a property to a direct descendant – which remains at £175,000 per person.

Although IHT thresholds have been frozen, there is still uncertainty around how the tax could be treated in the future following several reports from the Office of Tax Simplification and an All-Party Parliamentary Group. Seeking advice on IHT as early as possible, when there are more potential options to mitigate the tax, could therefore prove especially important in the years ahead.

Disclaimer: The value of investments, and any income from them, can fall and you may get back less than you invested. Tax treatment depends on the individual circumstances of each client and may be subject to change in the future. Information is provided only as an example and is not a recommendation to pursue a particular strategy. Information contained in this document is believed to be reliable and accurate, but without further investigation cannot be warranted as to accuracy or completeness. Please note that this document was prepared as a general guide only and does not constitute tax or legal advice. While we believe it to be correct at the time of writing, Brewin Dolphin is not a tax adviser and tax law is subject to frequent change.