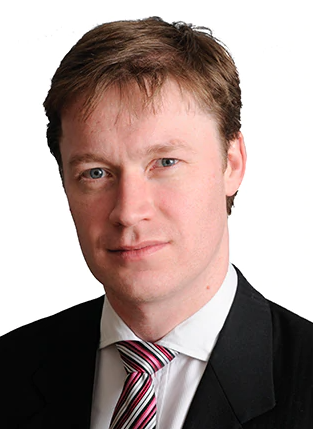 What might the ongoing Brexit negotiations mean for investors?

I spoke to Paul Danis, Head of Asset Allocation at Brewin Dolphin about the potential impact.

Where are we now?

Sunday’s deadline (13 December 2020) has come and gone. Fishing, dispute resolution and level playing field negotiations remain the key points of contention. The two sides are still at the negotiating table – British negotiators are now saying they can go up until Christmas. But it’s difficult to say when the actual deadline is as the two sides have breached these deadlines so many times in the past. But it’s obviously getting down to the wire as the transition phase will end in two and a half weeks.

Will there be a deal?

Optimism around a deal has fluctuated wildly over the past week. Last Tuesday, optimism increased when an agreement was made around the implementation of the Irish protocol; then it dropped after Boris Johnson and Ursula von der Leyen’s dinner in Brussels when both sides reported being far apart. After the weekend, optimism has increased again after a reportedly constructive follow-up call on Sunday between the prime minister and the president of the European Commission.

It’s a tough call, but there’s probably a slightly greater chance of a deal than no-deal. Both sides already have enough on their plate before trying to deal with the added disruption of the UK reverting to trading with the EU on WTO terms.

Will there be a deal?

Optimism around a deal has fluctuated wildly over the past week. Last Tuesday, optimism increased when an agreement was made around the implementation of the Irish protocol; then it dropped after Boris Johnson and Ursula von der Leyen’s dinner in Brussels when both sides reported being far apart. After the weekend, optimism has increased again after a reportedly constructive follow-up call on Sunday between the prime minister and the president of the European Commission.

It’s a tough call, but there’s probably a slightly greater chance of a deal than no-deal. Both sides already have enough on their plate before trying to deal with the added disruption of the UK reverting to trading with the EU on WTO terms.

Is it the politics or the economics that is preventing a deal?

Politics factor heavily into the negotiations. The difficulties getting an agreement on fishing is a testimony to this, as this industry is a miniscule part of both the UK and EU economies.

But the politics and economics are closely intertwined. The major sticking point between the two sides seems to be the level playing field.

The EU is dead-set against agreeing to a regime that would allow the UK to potentially either provide state aid or undercut EU standards at some point in the future in a bid to make its companies more competitive. This is all about the EU looking after its economic best interests.

A pathway to a deal could see the two sides structure an agreement in a way that in fact prevents the UK from deviating from EU regulations, but somehow allows the prime minister to sell the deal domestically as one that leaves the UK in charge.

So are they deadlocked?

Right now they still are. And it’s worth remembering that the EU is much less incentivised to offer concessions than the UK is. This is partly due to its size, but also because the EU doesn’t want to set a precedent that countries that leave the EU will be offered favourable terms. It wants to have a good trading relationship with the UK, but its primary concern is the integrity of its union.

However, Mr Johnson may decide that it’s not in his best interests politically to cave to EU demands, or just can’t accept it ideologically, and opts for no deal.

But, like I mentioned earlier, we think there’s probably a slightly better than 50% chance of a deal by the end of the year. Despite the two sides still being far apart, last Tuesday’s agreement on the implementation of the Withdrawal Agreement was good news, and may have created a smoother path to a deal.

As part of this deal, the UK government announced that it would drop the contentious parts of the Internal Market Bill that would have given the UK the power to override the Withdrawal Agreement (and break international law).

What would the implications of no deal be?

Back in September, Michael Gove warned of the possibility of two-day delays and queues of up to 7,000 trucks in Kent in the event of no deal. But this would be the worst-case scenario, and not the only way no deal would play out. The EU yesterday published proposed contingency measures in the event of no deal. If the UK agreed, it would involve essentially keeping current regulations in place for air travel and trucking, which would help avoid a lot of the chaos.

How would no deal affect the market?

In the event of no deal, the pound would move significantly lower. That would hurt the relative performance of the UK market in common currency terms. It would also clearly hurt the UK’s domestic focused sectors like the REITs and financials. UK retailers would also be negatively impacted – not only are they domestically focused, but their margins would take a hit due to higher import costs stemming from supply chain disruptions and a weaker pound.

What does the market expect to happen?

To gauge market expectations, we can look at sentiment, positioning and implied volatility gauges on the pound.

If we look at commodity trading advisor (CTA) recommendations on the pound, sentiment is still quite bullish. Speculator positioning in the futures and options markets is more or less neutral. Implied volatility on sterling is somewhat above the average of the past five years, but not massively so.

Taken together, these three measures indicate much more optimism in the markets now compared to the last time UK / EU negotiations were in a similar spot in October last year. For this reason, if we get a deal, we can expect moderate upside in the pound. But if there’s no deal, we can expect significantly more downside.

How does Brexit fit into the broader picture?

How will a no-deal impact your portfolio?

In the financial markets, the biggest moves coming from the outcome of negotiations will be in UK domestic stocks, as well as in the pound and to a lesser extent the euro.

The global stock market wouldn’t like it if there was no deal, but to the extent that this is mostly a regional issue, any global market sell-off as the result of no-deal should be fairly minor.

The main market impact of no-deal would be a drop in the pound. The UK large cap equity index is very internationally exposed. However, weak performance from the domestically focused sectors would be offset by strong performance out of the FTSE 100’s global companies that benefit from a weaker currency.

Meanwhile, UK gilts would probably hold up fairly well on the back of the increase in risk aversion, notwithstanding rising inflation expectations.

As always, we are monitoring events closely and are considering the long-term investment implications.

As a firm, we have experience of managing our clients’ interests during such periods, and as ever we encourage investors to focus on the long-term outcomes. 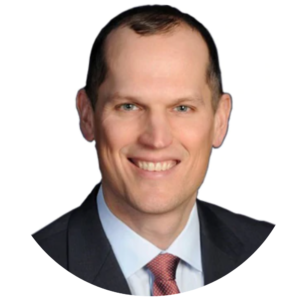 Paul began his career in 1998 trading interest rate futures and options in the pits of the Montreal Exchange. In 2001 he moved into research, and has worked as a strategist on the sellside (Lehman Brothers/Nomura), the buyside (Credit Suisse) as well as in independent research (BCA Research). Paul graduated from McGill University and is a CFA charterholder.

The value of investments can fall and you may get back less than you invested. Past performance is not a guide to future performance. No investment is suitable in all cases and if you have any doubts as to an investment’s suitability then you should contact us.

If you invest in currencies other than your own, fluctuations in currency value will mean that the value of your investment will move independently of the underlying asset.

The information contained in this article is believed to be reliable and accurate, but without further investigation cannot be warranted as to accuracy or completeness. The opinions expressed in this document are not necessarily the views held throughout Brewin Dolphin Ltd.