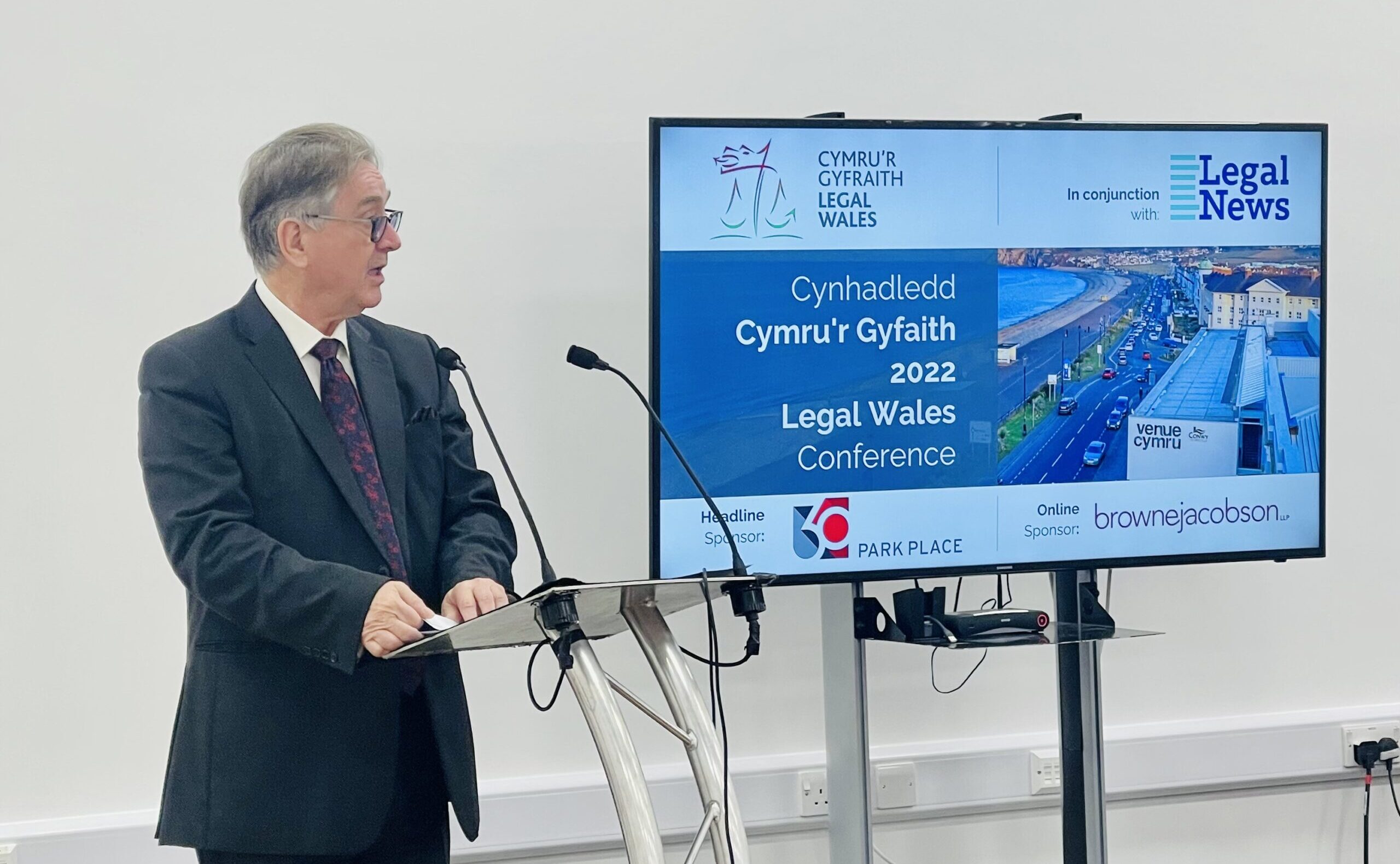 Speaking at today's Legal Wales Conference 2022, the Counsel General for Wales has called on the new UK Government to reset its relationship with the legal sector.

The Counsel General for Wales has called on the new UK Government to reset its relationship with the legal sector.

Speaking in Llandudno at today’s Legal Wales Conference ahead of the start of the new Welsh legal year, Mick Antoniw, the Welsh Government’s Counsel General and Minister for the Constitution, warned that the last 12 months has been a ‘bad year’ for the rule of law in the United Kingdom. He said:

“As we enter a new legal year, it is impossible not to reflect on the damage done by the UK Government in the last 12 months. We have seen attacks on lawyers, anti-democratic Bills and a failure to address the key issues that are preventing people getting access to justice.

“In a new legal year, with a new Government at Westminster, the need to change course is crystal clear.”

The Counsel General used the speech to outline four specific things the new UK Government should do to change course, and said:

“Our ask of the UK Government is to change its tone, withdraw its most heinous legislation, fund the justice system including an increase in legal aid, and take forward at least some of the independent Commission on Justice in Wales’ recommendations to develop justice in Wales.

“We are fully committed to ensuring people in Wales can get the effective access to justice they need. We need the new UK Government to reset its relationship with the sector and make the same commitment.”

He called for greater investment in the justice system, saying underfunding risks denying people access to justice and is a particular risk for smaller law firms, a key feature of the Welsh legal system.

Finally, the Counsel General called for the UK Government to fully engage with developing the Welsh justice system based on recommendations from the Thomas Commission – the largest ever examination of justice in Wales.