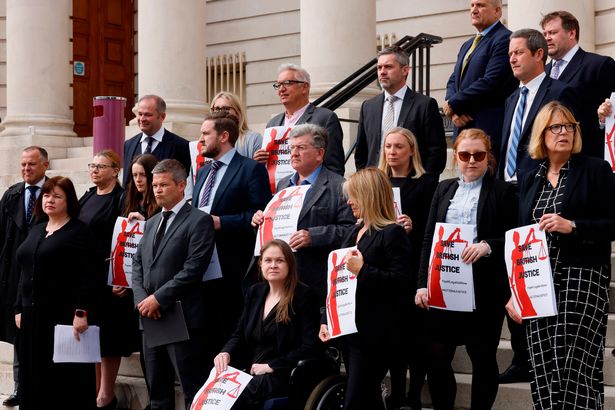 Members of the Criminal Bar Association have announced today that its members have voted to accept the Legal Aid deal from the Ministry of Justice.

Members of the Criminal Bar Association (CBA) have announced today that its members have voted to accept the Legal Aid deal from the Ministry of Justice.

The Criminal Bar Association announced this morning that 57% of 2,605 barristers said ‘yes’ to the government’s revised £54m offer, that will see a 15% fee uplift apply to the ‘vast majority’ of cases sitting in the Crown court backlog.

“We are pleased that the criminal Bar has voted to accept the offer from the Ministry of Justice. The offer was the culmination of many months of work and pressure, and unprecedented personal sacrifice by barristers. The disruption of the work of the criminal courts has caused huge stress to all those who work in the justice system, and to the public which depends upon this vital public service.

The CBA today warned that barristers will be balloted on resuming strike action if the government fails to stop the criminal justice system ‘tipping over the cliff edge’, describing the offer as an ‘overdue start’. It stated:

‘We move now to setting up CLAAB [criminal legal aid advisory board] and addressing the hourly rates increases for the wasted and special preparation, together with returning to the additional money required if the section 28 cases and hearings are to be viable. Of course, reclassification of offences is important early work, as committed to in CLAAB. We move now to working alongside the CPS to apply equal increases to prosecution fees.

‘Phase 2 of CLAR [criminal legal aid review] is to commence at the end of November 2022 and we will engage with the other legal aid providers. We also look forward to working on the issues that land unfairly on the junior bar which are not connected to the AGFS action, namely the necessity for equal and fair distribution of work in chambers and increase in payments of fees in the magistrates’ court.’

“We remain committed to continued constructive engagement with the Ministry of Justice and the Judiciary to rebuild confidence in the criminal justice system. We turn now to the work of the ‘Criminal Legal Aid Advisory Board’, and the evidence-based work which will be critical to ensuring further future investment, so that barristers and solicitors can continue practising criminal work in the years ahead.”