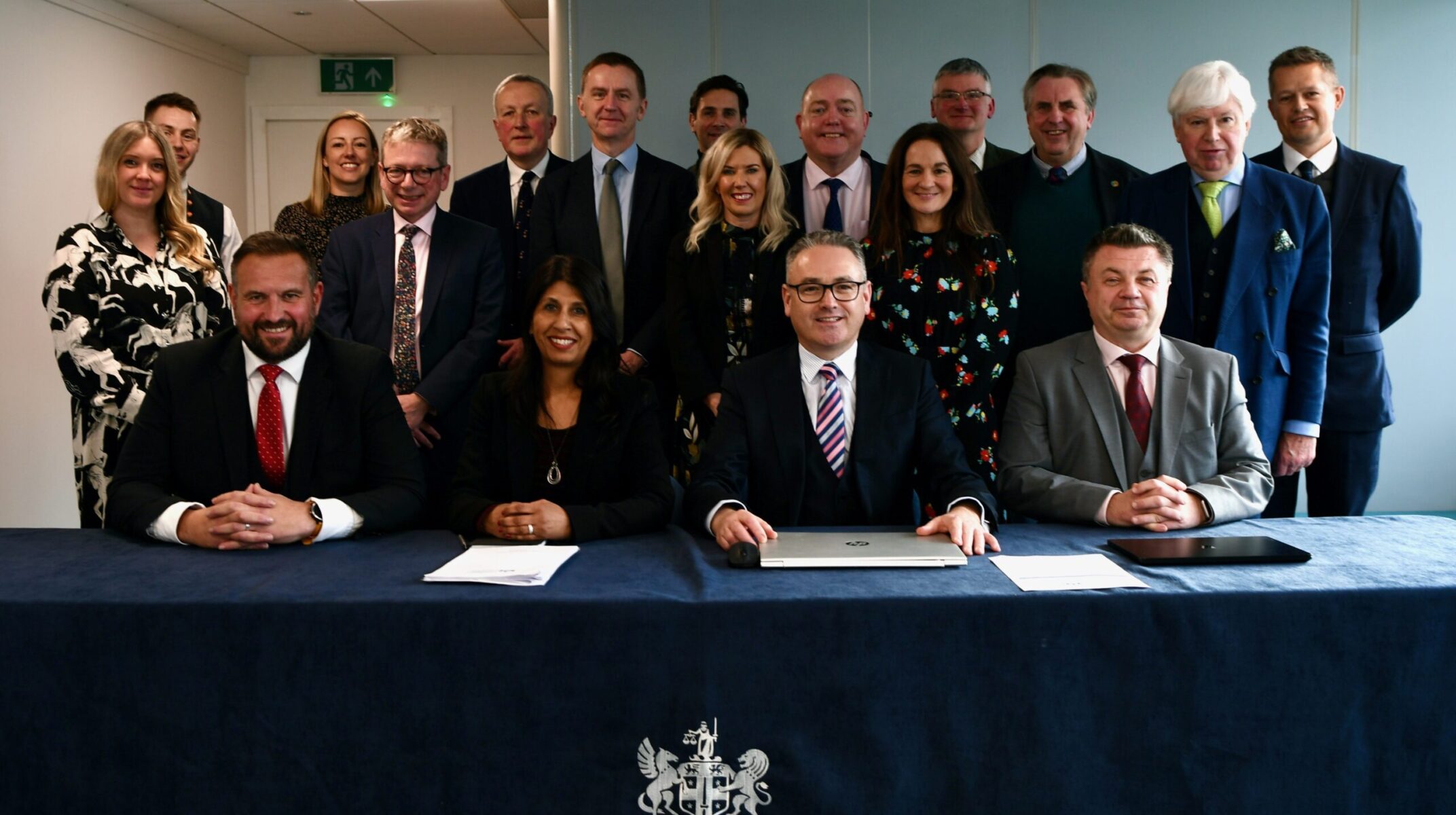 New National Board for Wales will tackle the ‘diverging, modern challenges’ for the legal sector

The Law Society has launched its new National Board for Wales to offer a stronger, defined voice for the nation and help address the diverging, modern challenges to the legal sector in and between England and Wales.

The Law Society has launched its new National Board for Wales to offer a stronger, defined voice for the nation and help address the diverging, modern challenges to the legal sector in and between England and Wales.

The move comes at a time when UK politics is in turbulence and the backdrop of increasing devolutionary pressures, resulting in a further divergence in law between England and Wales and posing a number of unique circumstances to the Law Society Wales office which strives to maintain a strong policy and political presence in Wales and ensure full representation for its members.

The old Law Society Wales Committee has been disbanded to a create the new, National Board for Wales which met for the first time on Thursday 8 December 2022 at the Law Society Wales office in Cardiff, where Board members convened to outline its policy ambitions and priorities.

Mick Antoniw MS, Counsel General & Welsh Government Minister for the Constitution discussed the ongoing relationship between Welsh Government and the Law Society. Jonathan Davies, Head of Wales Law Society presented on the Wales Annual Report & National Business Plan, which showcased the work the team in Wales have been completing, ranging from the securing of a Welsh Government grant of £100,000 to provide  Cyber Essentials Accreditation for all members and Joshua Hurst the newly appointed Public Affairs and Policy officer presented around the policy and Public Affairs vision of the Law society of Wales over the next three year business cycle.

Tackling the diverging, modern challenges of the sector

The Law Society in Wales has already played a significant role in the growing policy and public affairs sphere in Wales and said that while the creation of the National Board for Wales ‘may resemble bureaucratic relabelling, it is far greater than that’. The Wales office said that ‘the transition to a national board is a recognition of the need to ensure that the Law Society meets the diverging modern challenges of the sector across a jurisdiction that now has two governments, two sets of Ministers, two languages and diverging laws’.

The Law Society Wales office is the secretariat for The Law Council for Wales, established at the end of 2021. It has also been successful in building a mutually beneficial relationship with Welsh Government by influencing politicians, has grown member engagement and directly delivered business-growth and sustainability benefits to Law Society member benefits through initiatives such as the Cyber essentials programme.

The transformation of the previous Wales Committee to a full National Board for Wales, will allow for the first time for direct reporting to, and programmed dialogue with the main Law Society Board around such Wales specific work for members.

David McNeill, Director of Public Affairs at the Law Society of England and Wales, who attended the inaugural meeting of the National Board for Wales, said:

“So much is going on in Wales and it’s exciting. Without being too disrespectful to the political world in London; in Westminster and Whitehall, it’s chaos. Nobody seems to know what they’re doing. Nobody talks to each other. When working with them, you have to kind of keep an open mind to the fact that nobody really understands what they’re talking about or what’s going to happen next.

“In Wales, we see a government and a profession with a plan and some energy and ambitious creativity, they’re finding different ways of solving old problems. We also have the devolution question, which shouldn’t be seen as a threat. It should actually be seen as an opportunity.”

The Law Society of England Wales is just about to celebrate its 200th birthday and, McNeill said, it has got to 198 years because it’s adapted and changed with the times; ‘what the Law Society did 10, 20 30 years ago is no longer good enough’. He added:

“Today, we have moved the former Wales Committee from a sort of policy advisory committee in a dim and distant place in our committee hierarchy; we’ve created a National Board for Wales which has a positive, proactive agenda-setting function within our organisation. It sits alongside the most powerful voices within our organisation which represents over 200,000 solicitors in a £60 billion pounds a year international industry. Wales now has a firm, equal voice within that, recognising just how much Wales has to offer the legal profession across the whole of the jurisdiction of England and Wales.

“I’m really pleased to be here today to witness the first meeting and I’m especially pleased for the Welsh team; they’ve worked so hard to get here.”

The new National Board for Wales will be empowered to carry out local decision making and intelligence gathering that reflects the ongoing divergence from the historic England and Wales model of legal and political policy. The National Board for Wales will consider matters of law and practice, policy and public affairs in Wales as well as overseeing the work of the TLS Wales Office. 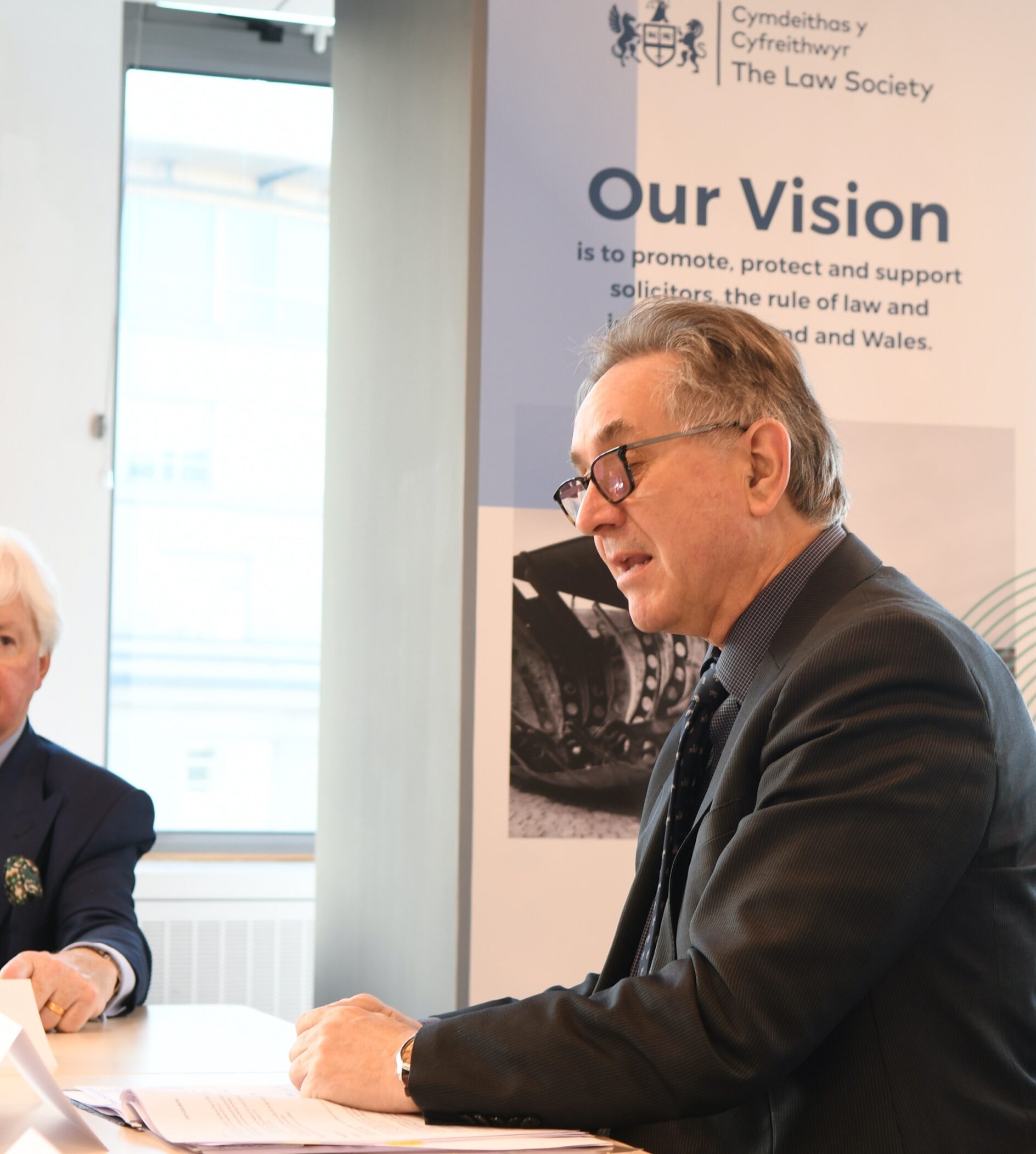 The conclusion of the Thomas commission has provided a lightning rod for Welsh Government that has empowered it to drive forward constitutional discussions around the future model of the United Kingdom. Following the publication this week of the work on the future of the constitution undertaken by Gordon Brown, discussions have taken place between the First Minister, Mark Drakeford and Sir Kier Starmer regarding the scope and nature of the devolution of justice in the future.

As the Welsh Government’s stated policy vision becomes reality, The Law Society has worked to ensure that any plans for the justice system deliver tangible benefits for the people of Wales and ensure sustainability for the profession.

Welsh members will continue to sit on The Law Society specialist policy advisory committees as they did under the old arrangements, covering areas as diverse as access to justice; civil justice; family law; mental health and disability; planning and environmental law; and housing law.

Alongside existing policy positions, the National Board for Wales will work to ensure that the law society holds the necessary apparatus to advocate for its members across Wales as these changes are developed and implemented.